WHY THE WORLD NEEDS LAWYER 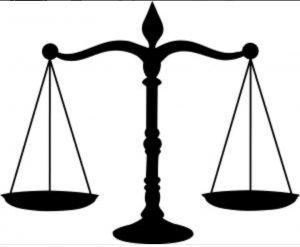 My first thought on seeing this topic is that no one needs to be told why the world needs lawyers and i hope that after reading this essay, no one has to ask again.

The legal profession has always been in the limelight from time immemorial as people with knowledge of the law have always spoken on behalf of others. The vast knowledge in other discipline of studies which the legal profession require makes it one of the most prestigious professions in existence.

From the developed world of the West to the hinterlands of Africa, there has always been need for legal practitioners, strictu sensu or in less formal modes. The importance of lawyers cannot be over emphasised and this essay of a 1,000 words cannot exhaust the roles of lawyers in the society. However, in the paragraphs to follow some of those roles would be discussed.

The crux of the work of a lawyer is representing his clients, protecting and enforcing their rights. Thus, this is where the most important role of a lawyer is seen. The height of rights which a lawyer defends in court even extends to life. With skills and knowledge of the law, lawyers have steadily prevented death sentences from being meted out on persons who would have gotten them. I wonder still, if there is a profession greater than one which prevents a person from being executed!

There is also hope for those who are wrongfully convicted and incarcerated with the aid of lawyers, their cases may be reviewed and possibly, they stand a chance of being set free and ultimately, have their names cleared.

Those who are rightly incarcerated have lawyers to represent them in the event they want to file an appeal.

Also, in representing a client, Lawyers advice on alternative means of dispute resolutions such as arbitration, conciliation, mediation or negotiation as the work of a lawyer is not all about instigating litigation but also to promote peace.

Contemplating the institution of marriage being a fundamental institution in all parts of the world, lawyers have roles to play in the beginning which is tedious and at the end which is more traumatic. Though most people never contract a marriage with the hope that it will fail, the reality is that divorce is now a popular phenomenon, almost eclipsing marriage in its popularity.

Imagine a world where no lawyers are there to stand between the warring spouses, the picture is not pretty. Without the lawyer to ensure amicable settlement, the world would be in a constant topsy-turvy state as records have shown that divorce law suit are often uglier than land matters in Nigeria which is one of the most contentious matters in the country.

Moreover, the world needs lawyers to create and maintain contracts and contractual obligations;aggrieved parties can seek the services of lawyers to put to right any breach in such contracts. With the rapid globalization of the world, contracts are now complicated, most times involving more than three parties. The often slippery waters of international relations and business cannot be navigated without the professional skills of the legal practitioner.

It is inevitable and a fact of life that everyone must die someday. The last wishes of a person, as to his properties on earth cannot be successfully put down in writing in accordance with the law without the aid of the lawyer because it’s the words, that is the will not the paper that it is written.

The legal advice given by a lawyer to persons goes a long way in keeping the person spirit at peace. No one is in a better position to help a person make a valid will and devise his properties, than a lawyer.

In Henry the Sixth by Shakespeare (Part 2, Act 4, and Scene 2, 71-78), a character, Dick the butcher says “Let’s kill the lawyers”. This statement seems in part to mock the legal profession and expresses
in part, the layman’s frustration with the complexities of law. This may however,
be viewed from another angle; for anarchy and tyranny to survive, the lawyers have to be removed.

In spite of the increasingly fashionable ill will against lawyers, the bad jokes in our
today’s society and the constant gripe about their fees, However, the legal profession is the noblest of all professions that even lawyers carry the ethics and good conducts past the threshold of the courtroom into the society at large standing out as men of exemplary characters and all the while remaining humble and sober.

The advice of a Lawyer in all circumstances should never be underestimated because, it rationalizes the conduct of every individual in all spheres of life to be within the ambit of the law and where one is in excess of the law, lawyers either look for an excuse or justifies such act within the law or pleads with the law to mitigate its harshness.

In conclusion according to my Professor, Akin Oyebode of University of Lagos, as he states yearly in Jurisprudence class that “lawyers are problem solvers” striking the balance between law and society, because Law through lawyers has been an instrument of peace, war, resolutions, promotion and amalgamation ordering human existence both in the national and international level.

In the Light of future generation, the world would need more lawyers because there would be more complex issues to be dealt with like the increasing environmental challenges, the right of animals, information technology, the use of nuclear powers, science discoveries and the policy of a unified world.

Lawyers would be needed to strike a balance between these laws and its effect on the activities of society since they are the ones who by profession are saddled with the responsibility to challenge the validity of these laws in the court room.

Lawyers therefore are the representation of the people in the court room which is seen as the last hope of not only the common man but, all men.

*Essay written and submitted by @iurisalchemist in 2012. 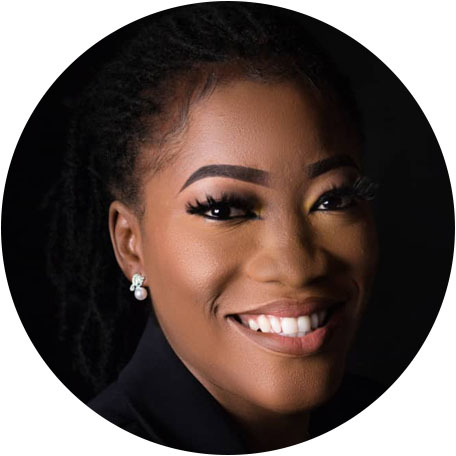